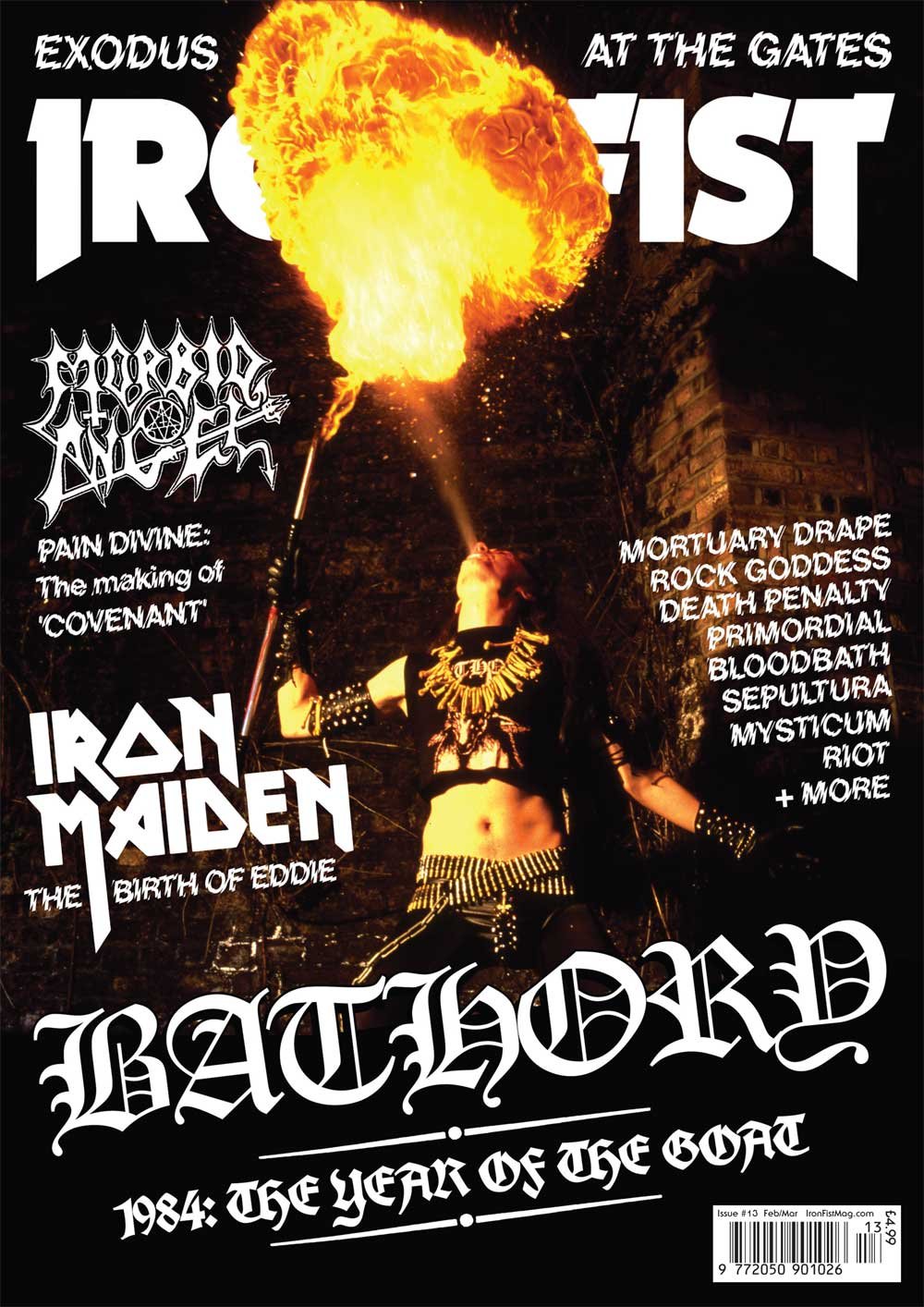 1984, the year of miner's strikes and Mitsui Miike, the AIDS virus and Band Aid, Richard Ramirez and crack cocaine; not quite the dystopia Orwell predicted (although Mark Zuckerberg was born!) but close. However, amidst the civil unrest, famine and fear, heavy metal thrived, birthing the likes of Nuclear Assault, Razor, Candlemass and Death. This landmark year offered up milestone albums from Judas Priest, Metallica and Scorpions, the return of Deep Purple, debuts from Saint Vitus, Trouble and Running Wild, EPs from Sodom, Slayer and Celtic Frost, AC/DC headlined Monsters Of Rock, Iron Maiden went behind the Iron curtain and Venom made a concept album. All in all, it was a pretty good year, as proved many times in the past 12 months when we've published articles celebrating the 30th birthdays of some of our most-played record, from Exciter's 'Violence & Force' to Twisted Sister's 'Stay Hungry'. So, in December, when other magazines were busy making their best of 2014 lists, we were too busy listening to 'Don't Break The Oath' and 'Apocalyptic Raids'. That's not to say 2014 didn't have its fair share of Ecstacy & Danger, there was Ample Destruction from At The Gates, Triptykon and Orange Goblin, plus Morbus Chron, Swallowed, Black Trip and Blues Pills all proved they were a Rising Force, it's just that our minds were set three decades back, and so we decided to make our Albums Of The Year list, with one caveat, that the year be 1984. We argued and debated and eventually came up with the ultimate Top 20 albums of that year, and soaring into the lead was a surprising debut. Beating Metallica, Maiden and Mercyful Fate, the debut from Bathory took our top slot. How could a debut, and one so raw and savage, beat off the metallic greats? Erik Danielsson from Watain said it best when he told us “Its violent pandemonium lay ground for what would become one of the most feared and revered genres of music ever to exist”. And because of that we were honoured to give the Yellow Goat the accolade it deserves.

Elsewhere in the magazine, we talked to Iggor Cavalera about the 'violent pandemonium' he created the very same year in Brazil with the birth of Sepultura and talked to Exodus, who in 1984 were a year away from releasing their groundbreaking debut full-length, about their latest album. Greg Moffitt tracked down Rock Goddess to find out about their reunion plans and Jim Martin traced the origins of iconic Iron Maiden mascot Eddie as the band plan their latest vinyl reissue campaign. Darren J Sadler talked to Morbid Angel about why they're currently touring their breakthrough album 'Covenant' and we caught up with At The Gates about their comeback album. We also found out about Gaz Jennings' post-Cathedral project, Death Penalty, chatted to Nick Holmes about how his stint in Bloodbath has paved the way for Paradise Lost to go back to their death metal roots and talked to Riot about how they plan to carry on after the death of founding member Mark Reale, plus interviews with Primordial, Winterfylleth, Mortuary Drape, Panzer, Mysticum, Negura Bunget and more. It's been an issue fraught with trials and TRIBULATIONS (it better be worth it, Adam) but we've been All Fired Up (Hang on, that Fastway album didn't make the cut!) and are back, Stronger Than Ever. Hail the goat!

Iron fist 13 is out now and is will also be available digitally for all you modern metal maniacs.